Devcon4 just finished about a week ago in Prague. The 3-day event attracted thousands of guests this year and the rooms were more packed than ever. As the largest Ethereum conference, it is one of the most expected event in the Ethereum ecosystem. Usually, it is where big announcements are made and new projects are launched. I have to admit that I was a little bit disappointed this year, as nothing really new was announced. In anycase, it was a good opportunity to go through the major developments of Ethereum and understand the progress that have been done on various sub-projects (scaling, sharding, etc..). Oh and there was a couple of crazy projects announced, like the Blockchain city. Let’s see all of these items in detail. 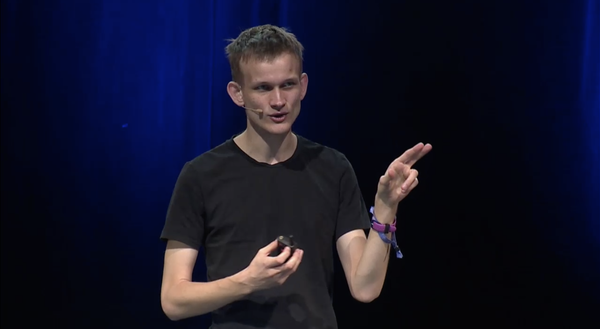 A few month ago it was announced that various Ethereum sub-projects like Casper, ewasm and sharding were consolidated into just one called “ETH 2.0”. The move is partly an acknowledgement that these projects are working towards the same objective of scaling Ethereum. It also helps to give more visibility to Ethereum.

During Devcon4 the main ideas of ETH 2.0 were re-affirmed. Vitalik said that he would like to rebrand this effort as “Serenity” from now on, but most people will probably still call it ETH 2.0.

Still, no roadmap was given, only vague statements indicating that sharding might come sometime at the end of 2019.

Compilers usually don’t compile code directly into machine code. Instead, the code is usually successively compiled to several intermediary representations. This allows to optimize the code in several steps and also to make the language able to compile to several platform.

Currently Solidity is more simple and compile directly Solidity code into EVM bytecode. However, the Solidity team has indicated in the past that they were starting to work on an intermediary language called Julia for Solidity. The goal for Julia would be to be able to:

During Devcon4, it was announced that this effort would be rebranded as “Yul”, and that it was hoped that it could also be used in other smart contract languages like Vyper, so that all could benefit from the code optimization provided by Yul.

Dapp developers will not have to deal directly with Yul but its good to know that it will improve significantly Solidity.

This is a mega-project of futuristic city in the Nevada desert, were technology and Blockchain rule everything. Jeffrey Berns, the millionaire funding this project, already bought 67,000 acres of land for the project. The details of the project are still unclear, and few explanations were given about how it would be financed. To me, this has all the hallmarks of a crazy utopia of a rich person which ends up never being completed or even started. But who knows, I might be wrong!

Joe Lubin (Consensys founder) justified the acquisition with something along the line of uniting species and decentralizing space endeavors, but it came across as very fuzzy (full quote on this article). Consensys probably has something more specific in mind but hasn’t announced it yet.

If you want to know more about the major announcements that were made during Devcon4, you can go to this reddit thread where I asked the question and received a lot of answers.